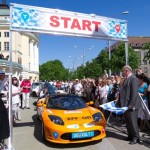 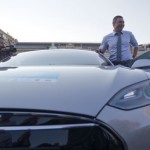 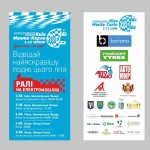 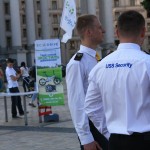 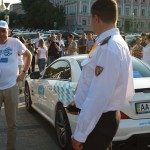 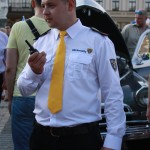 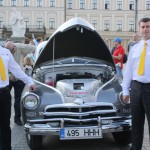 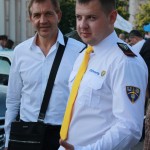 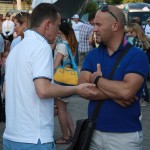 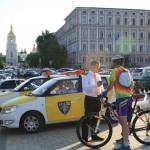 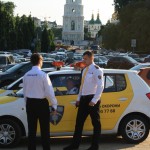 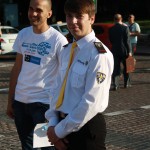 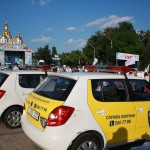 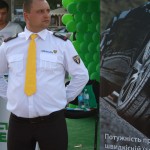 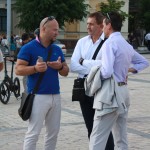 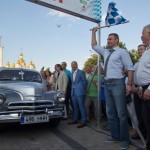 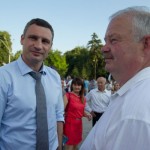 About Marathon: electromobility marathon has been held for 4 years under the patronage of His Serene Highness the Prince of Monaco Albert II.

The marathon was attended by five teams from Ukraine, two teams from Estonia, one team from the Czech Republic and Spain. The total number of participants arrival Kiev Bucha was about 30 cars, because under the rules of the competition in each section of the rally in an official statement the teams can join the individual electric vehicles. In addition, in the first stage of electric bicycles participated, who were going through a separate program.

“We did not expect that at the start of the race will be a number of electric cars, journalists and spectators. Especially loud reception arranged us in Bucha, – says the pilot ElectroCars Alexander Kravtsov, acting on the electric Nissan Leaf. – We are pleased with our time at the first stage (39 minutes), but we understand that the “zero” professional rally driver car rides, so we need to change our style a little ride”.

Electric cars have overcome the way 576 km to Lviv, making a stop for recharging in Rivne. As part of the marathon participants crossed 10 countries and 17 cities. Finish of the rally held on June 10 in Monte-Carlo, Monaco. The award ceremony was held Prince Albert II of Monaco, under the patronage of which runs the event.